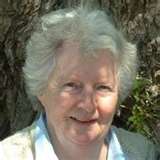 Margaret Yorke died in November 2012 aged 88. I met her at several crime writer events some twenty years ago and we kept in touch for the occasional project. She was a keen advocate for crime fiction in its various forms and one of its most experienced and knowledgeable practitioners. She had known and admired many of the giants of the genre from the 60s and 70s such as Dick Francis, Reginald Hill, Harry Keating and Ruth Rendell; she served as chairperson of the Crime Writers’ Association, and was one of the few writers to receive the highest accolade with the CWA Diamond Dagger winner for her prolific output of engrossing psychological thrillers and crime novels.

Her first crime novels were whodunnits with an Oxford don, Patrick Grant, as detective. Then in 1974 came a very different book. No Medals for the Major is a quietly tragic story of how a man’s decency leads to his downfall in a contemporary English village. Yorke excels at showing how many crimes spring from small flaws in the character, from apparently minor miscalculations, and from the blind operations of coincidence. Her unflinchingly honest and finely plotted novels are remarkable not only for the tension they generate before their thoroughly convincing settings, usually small towns and villages.

It was no surprise to me that Margaret not only possessed the talent that placed her at the head of her generation but she also had a wonderful way of describing the merits of crime fiction as if it was a core subject on the school curriculum. I would tease her about her favourite writers – and found to my joy that some of my favourites were hers. She had the highest opinion of what Dick Francis had done for the thriller and said that Lionel Davidson was a “national treasure”.

Margaret Yorke made several appearances in the Scorpion Press series. She had a short story in the equally balanced British and American Bouchercon anthology, No Alibi (1995); another story in the Detection Club book The Detection Collection (2005); and finally she kindly agreed to write a perceptive piece on Dick Francis for our edition of To The Hilt.