The press received permission to use the publishing imprint in 1990 and began issuing books the following year from its office in Portishead, near Bristol. A move to larger premises at Blakeney Gloucestershire was made in 1994 and a final move to near Hay-on-Wye in 2001. 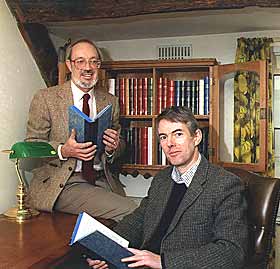 The imprint name of ‘Scorpion Press’ came from the title of one of the first books accepted, The Year of the Scorpion by Michael Hartland. This name has previously been used by a poetry press Scorpion Press (Northwood) which had ceased trading in the early 1970s. Over the course of over twenty years the average output has been about four books per annum, with over ninety titles to its name. During the early years the name was marketed through a glossy fanzine on crime fiction with many well-known writers contributing; it achieved a measure of success being distributed to collectors, readers and public libraries in the United Kingdom. 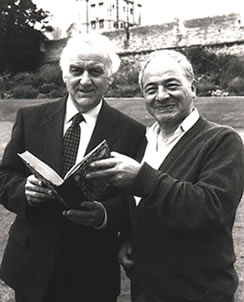 Scorpion Press built up a publication list of the most important writers in its chosen area. In crime fiction these include of the older generation: the horse racing thrillers of Dick Francis, the Morse books of Colin Dexter, the spy novels of Len Deighton, the thrillers of Jack Higgins, the Dalziel & Pascoe detective books of Reginald Hill, various top-class novels by Ruth Rendell, and the author of the Frost series R D Wingfield; and a new generation that were starting to become known in the 1990s such as the historical mystery writer Lindsey Davis, Swedish author of the Wallander police procedurals Henning Mankell, the psychological suspense of Val McDermid and Minette Walters, and the gritty realism of Inspector Rebus by Ian Rankin. In the last decade some of the younger generation have been published, especially the British Noir writers such as Mo Hayder, R J Ellory and Irishman Ken Bruen.  The American list deserves to be mentioned separately because it has been a special interest of the publisher, and includes nearly all the important contemporary American crime writers: Lawrence Block, James Lee Burke, Michael Connelly, Robert Crais, James Crumley, Jeffery Deaver, James Ellroy, Carl Hiaasen, Dennis Lehane, Walter Mosley, Sarah Paretsky and George Pelecanos. The historical military adventure list is also impressive with two outings for the anti-hero of Victorian Empire Sir Harry Paget Flashman by George MacDonald Fraser, six outings for the Napoleonic War hero Richard Sharpe by Bernard Cornwell, and finally the single entry of another early nineteen teeth century military hero and horseman Matthew Hervey by Allan Mallinson. 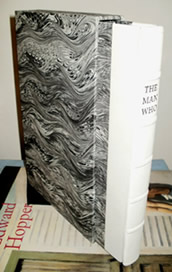 Some of the key books have not been by an individual author but have been collaborations: the two volumes by the Detection Club are a good example. The Club was founded by Agatha Christie and Dorothy L Sayers and very occasionally they would issue a collaborative book. The Man Who … contained stories by the best crime writers in Britain including P D James, Len Deighton, Ruth Rendell and the rare event of a new story by the famous spy writer of the 1930s Eric Ambler.

It is notable that Scorpion Press is the only crime fiction specialist to publish new books in special leather bindings in the United Kingdom, and in doing so it carries on a tradition of bookbinding that once thrived during the time of the originators of the genre such as Sir Arthur Conan Doyle and John Buchan.