… this is a new feature on Scorpion Press each month we will create a new page here highlighting the many unsolved crimes and keep you in suspense. This month we feature Eurocrime and Henning Mankell … We intend to feature a sub genre of crime fiction and comment on the scene of the scene as best we can ….

Eurocrime and Mankell | genesis and popularity

The appeal and popularity of contemporary European crime fiction – eurocrime – as a new sub-genre really gained traction with the translation of the Henning Mankell books into English at the turn of the century. His novels won awards and favourable notices. Moody and dark, his Wallander novels were also compassionate explorations of a Sweden that was increasingly an uneven, restless society with an unusual power to move the reader. Although Henning died in October 2015 he was for many years a much-respected literary figure whose success made it possible for others to be more fully known.

Eurocrime is a loose and vague term defined mainly by the identity and background of the protagonist – comprising in short his or her identity as well as the geography, culture and politics – of where the book is set. In addition, a eurocrime book could be virtually any sub genre – cosy, hard-boiled, police or criminal based. Let me provide some examples. In the early 80s a friend told me he was hunting out first printings of The Name of the Rose by Umberto 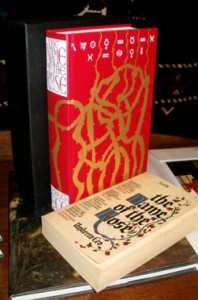 Eco. It was terribly difficult to find because the book flew off the shelf. I asked why this book was so desirable to him. He said that the main character was a medieval monk who was called upon to investigate a murder. He was a kind of detective, a detective uncannily like Sherlock Holmes. But that was just the start of it. Our discussion drew me in. The architecture of the story was so cleverly designed with puzzles, motifs and diversions that you made of it what you would. Some have argued it used popular culture tropes in a new way; others felt it was a critique of modern Italy.

Then, I remember attending a crime convention called Semana Negra in Northern Spain in the early 1990s. The only writer of note at the convention that was known in the UK as a “Eurocrime” writer was the late Michael Dibdin. He was, of course, rather different to most crime writers but his Zen novels about Italian conspiracies and life in the sun provided one strand of escapism in the genre that was to be some readers preference. Then the Danish Peter Hoeg enjoyed international success with Miss Smilla’s Feeling for Snow, set in Greenland. The cold north opened up another front. Once Harvill quickly issued several of the Kurt Wallander novels Mankell became an internationally respected writer. I recall that when speaking to several crime writers at gatherings of the CWA they thought of him as the best new writer to appear since Ian Rankin. The mention of the latter is significant because they were saying that Henning like Ian really transcended what crime fiction was conventionally about.

Inspector Kurt Wallander is one of the great creations of modern crime fiction. He is overweight, a diabetic, separated and he worries about his father and his daughter Linda; who became a police officer herself. Kurt can’t leave a case unsolved. Although Kurt is based in South Sweden the cases take him to the North, and other countries near and far. For the Mankell narratives are often stories of tragic events that have an international dimension. He is one of my favourites and the Scorpion Press issued three of his books. Henning sadly lost his struggle with cancer. It was an honour to work with him and his agent. 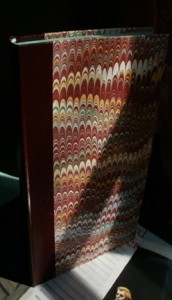 Dumas Club and the The Seville Communion. He is the Spaniard Arturo Perez Reverte. Erudite and witty they often have a keen book collector. We were able to publish his The Fencing Master (1999).

Since the early Mankell books were published to much acclaim many other authors have established themselves. To mention a few, Jo Nesbo’s hard-boiled series, Massimo Carlotto’s ex-con PI, to Hakan Nesser’s complicated police procedurals. And of course the best selling, and sadly no longer with us, Stig Larson with the unusual tattooed protagonist.

Take a look at our Eurocrime Collection