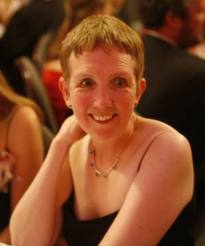 Ann Cleeves, author of four detective series and a professional writer for three decades has been awarded the Crime Writers’ of the UK Diamond Dagger for lifetime achievement. Those that read British crime fiction will feel she has been justly recognised as one of the best of her generation.

Brought up in villages near Kington, Herefordshire and later in North Devon, she would have been accustomed to country ways. After taking a diploma in social work Ann worked in London for a brief time before taking vocational work at a bird observatory and as a coastguard in Scotland. After marrying Tim Cleeves she began to write crime novels set in remote locales – particularly the open spaces, coastline and islands of the British Isles. These are often places where the inhabitants are withdrawn, cautious of outsiders and where feelings run below the surface.

In her early series with George and Molly Palmer-Jones they are very much the amateur detective with Molly using her skills (retired social worker) to work out the mystery. Written in the 80s and 90s this when the traditional setting and amateur sleuth was the dominant motif for much mainstream crime fiction. A further series with awkward, unpopular policeman Stephen Ramsey followed. He investigated small-town politics, a murder at a fete and the death of a headmaster. Set now in the rural North East these books were similar in tone and development to other writers of the time such a W J Burley’s Cornish detective Wycliffe.

With Northumbrian detective Vera Stanhope Ann found a rich vein of new possibilities. Vera was an older woman detective, overweight, single and lonely. Like the landscape where they are set, often bleak and unforgiving the Stanhope novels are about community in slow decline, places that have not been heard and therefore resentful. Think more of Dalziel and Pascoe than Wycliffe. Vera has an empathy with those that have suffered hurt and life’s shortcomings. This skill enables her to eke out titbits of information which help her team to move the investigation forward.

Her fourth and perhaps most notable series features Shetland and its connections both inward and outward to the wider world. The first novel with police detective Jimmy Perez received what was traditionally called the Gold Dagger for best novel in 2006. Perez, a sophisticated character, is the pivot to resolving the mysteries. Now the obvious comparison is with Ian Rankin’s Rebus. But the island setting is a world away from Edinburgh. Complex narratives and interesting characters coming to the island from the mainland add flavour to each book. More than ten years on the Shetland and Vera novels – now hugely successful television series – are the twin motors of Ann’s success.

Ann is not only a hard-working writer but travels a good deal to share and support other writers at conventions, and bring life to libraries and small bookshops. She was recently in Canada on tour and took time to interview Canadian writer Louise Penny. Coincidentally, months earlier she had written an enlightening appreciation of Penny’s work for inclusion in the Scorpion edition of the new Inspector Gamache novel Glass Houses. She had previously had a story in the signed limited edition of Original Sins.

Ann Cleeves books are popular because she has moved with the times, finding a niche for the local detective whom her readers can identify with. She could be grouped with other modern practitioners of the detective novel that perhaps include notably Stephen Booth, Barry Maitland and Louise Penny – all of whom bring local and wider social issues to the fore.