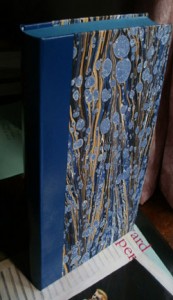 Carl Hiaasen is the Maimi-based author of marvellously funny and ironic crime novels. Some have been filmed, but the novels themselves are highly regarded. Although a collected author this is one of the few signed limiteds he has done. This is well worth having on your shelf. Most copies were sold on publication.

Carl Hiaasen was a reporter on the “Miami Herald” and found he could say a lot more through the medium of the modern noir novel. Following a couple of early efforts he got into his stride with Tourist Season (1986) and followed with titles that had a clever even ironic twist such as Double Whammy (1987), Native Tongue (1991) and Basket Case (2002). All of the novels are set in Florida – but this not the state you’d visit on your holidays. It is one of the most surreal and perverse places. The power-brokers and mobsters – however powerful usually end up in a dumptruck; while the heroes like Joe Winder in Native Tongue or the surprisingly strong Erin, dancer at the Eager Beaver in Strip Tease are sympathetically drawn characters that overcome the situation they find themselves in. As Bronwin says in her review, Stormy Weather (1996) follows Carl Hiaasen’s usual formula with its ‘normal’ cast of characters.

Carl Hiassen is one of the few crime and mystery writers that appeared on dealers sales lists under ‘literature’. This is partly because of the satirical quality of the novels and the social criticism they imply; which does have a space within mainstream American literature.  Although a notable writer he has issued relatively few special editions. This Scorpion Press edition is one of 85 signed and numbered copies in a special binding with an appreciation by Maxim Jakubowski. Maxim ran the Murder One bookshop in London for many years and is a respected editor and critic of crime fiction. 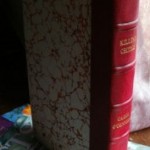 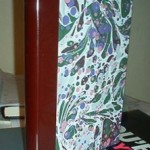