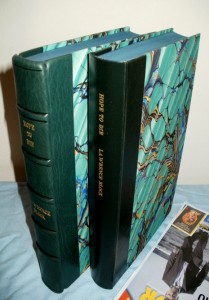 Lawrence Block is a Grand Master and living legend of American crime fiction. Regarded by some aficionados as just about the coolest of the noir writers, his Scudder series is certainly one of the high points of American detective fiction during recent times. Block is the writer the others point to as the writers’ writer. This book is one of his Matt Scudder detective novels with a long appreciation by best selling horror writer Peter Straub. 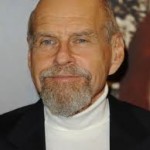 Lawrence Block has been, and continues to be, the most industrious purveyor of a wide range of American crime fiction; from comic to the tragic, the ridiculous to the sublime, light-hearted to the most serious of subjects – it is all in his range. Block is the one the others point to as the master craftsman of the genre. With a shelf full of awards (including four Edgars, four Shamus Awards, two Maltese Falcon Awards, the Nero Wolfe Award, and Grandmaster status from the Mystery Writers of America, and the Cartier Diamond Dagger from the Crime Writers’ Association of the United Kingdom), he is the one others point to as the master craftsman of the genre. Compulsive plots, deft characterisation and dialogue the zing’s. Lawrence Block continues to be the bench mark for high quality noir.

Hope to Die (2001) is the fifteenth entry in the Matt Scudder series that currently stands at seventeen. Plotline: The city caught its collective breath when upscale couple Byrne and Susan Hollander were slaughtered in a brutal home invasion. Now, a few days later, the killers themselves have turned up dead behind the locked door of a Brooklyn hellhole — one apparently slain by his partner in crime who then took his own life. There’s something drawing Matthew Scudder to this case that the cops have quickly and eagerly closed: a nagging suspicion that a third man is involved, a cold, diabolical puppet master who manipulates his two accomplices, then cuts their strings when he’s done with them. No one but Scudder even suspects he exists. And his worst fear is that the guy is just getting started …

A Lawrence Block story appeared in the anthology No Alibi and he did an appreciation of Ian Rankin for the short story collection Beggars Banquet. Other Scorpion Press edition by Block are All the Flowers are Dying and The Burglar in the Library. Hope to Die contains an extensive appreciation of the Matt Scudder series by Peter Straub. New York based Straub is a friend and member of the same writers’ workshop. He is a best selling horror writer. 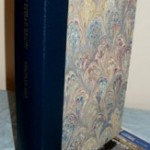 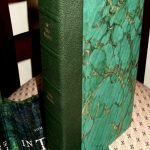