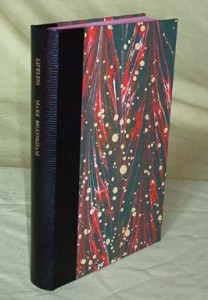 Mark Billingham is the author of a major British crime series, Thorne that has been televised in 2010 starring David Morrissey. This one of only 80 numbered and signed copies of “Lifeless” (one of his best) in a special binding with an appreciation by American Karin Slaughter. 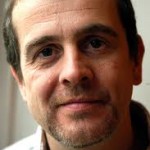 Mark Billingham was a collector of mainly American hard-boiled crime before he came to write his first novel, Sleepyhead in 2001 – surprisingly singled out for praise in 500 Essential Cult Books (2010).   He is clearly influenced by the modern giants from across the Atlantic – particularly Lawrence Block’s Scudder and Michael Connelly’s Harry Bosch. His work follows his own path and delves into darker psychological aspects which are often the domain of female crime writers, and has a gift for finding an absorbing side to his material.

Billingham quickly established a solid following and it is a measure of his ability that he was included in the 500 Essential Cult Books: the ultimate guide (2010) edited by Gina McKinnon: “It is a bold person who would attempt a new take on the police procedural – an over published genre if ever there was one. Billingham, however, takes on the genre,  and brings to it, as writer George Pelecanos has said, a “rare and welcome blend of humanity, dimension, and excitement”. High praise from a high priest of of crime fiction, and something echoed by this reviewer. Read Billingham, and find out why for yourself”.

In Lifeless (2005) London policeman DI Tom Thorne returns to the force after his father’s death.  The setting on the streets and in

the shelters and doss house is not for everyone.  You had best had read some of the other books before starting this one.  Nevertheless, Barry Forshaw’s  The Rough Guide to Crime Fiction (2007) selected this novel as a standout DI Tom Thorne novel.  Billingham is now a highly rated exponent of British hard-edged crime. Karin Slaughter, best selling crime and suspense writer from America was delighted to write an appreciation of Billingham’s work to date. 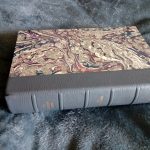