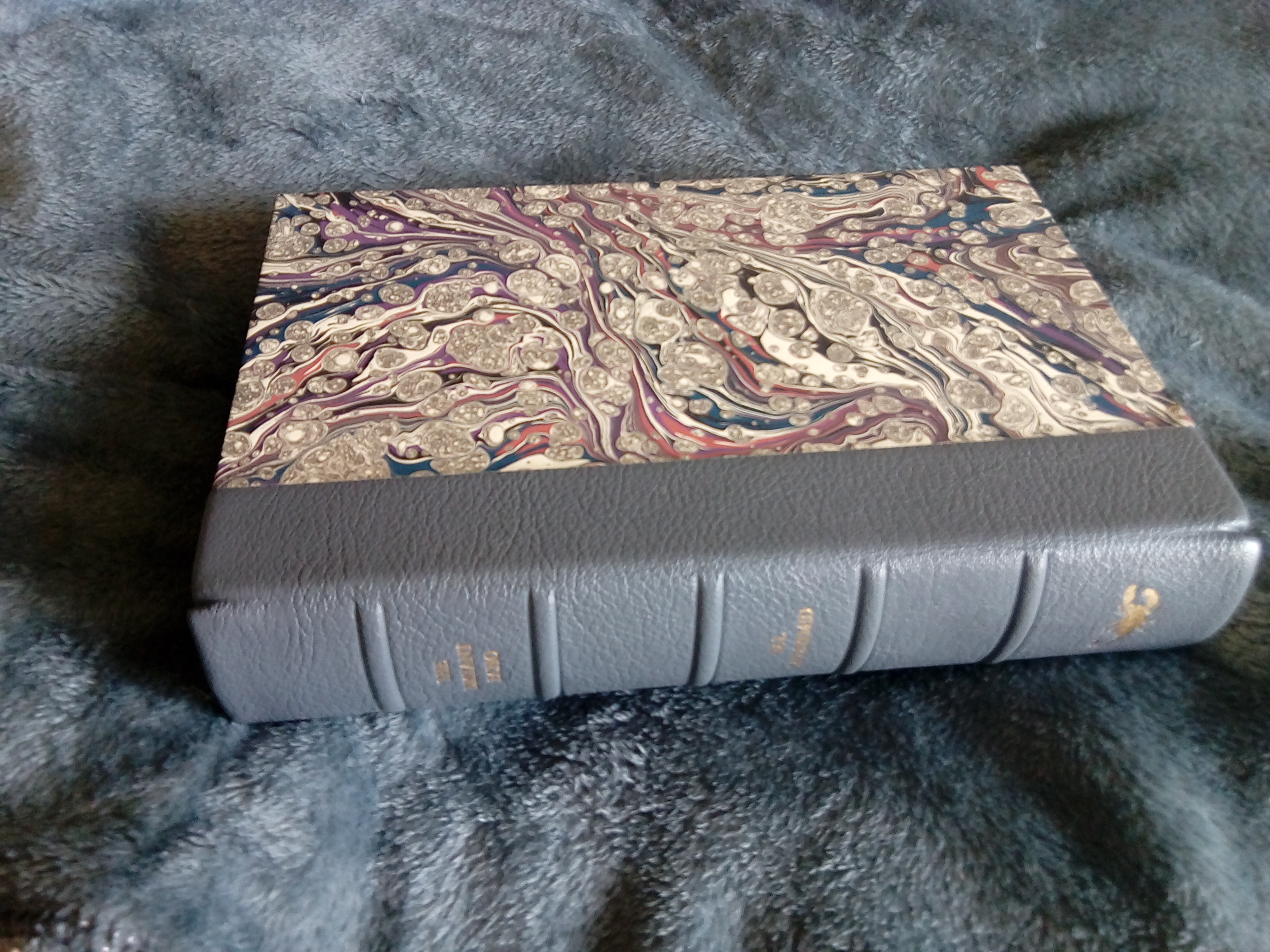 This is a deluxe lettered (1/12) rebinding of the novel that introduced DCI Karen Pirie. The series is now one of McDermid’s mist successful. The crimes have a background in Scottish history. She is one of the outstanding crime novelists of the present.

Val McDermid, The Distant Echo (2003) 1st edition 1/12 deluxe lettered rebound in grey leather with marbled paper sides over boards in 2019 with a signed page with the following text:

From English graduate to journalist, to novelist and critic, and then not surprisingly given her keen interest in the wider world and helping her readers understand it – University Challenge quiz captain! Val McDermid’s path to acclaimed novelist spans more than 30 novels, four main detective series, and a willingness to make the crime novel seem relevant today to intelligent audiences. 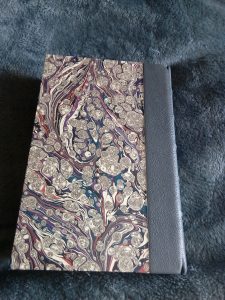 Influenced by the American New Wave women writers and her own interest in gender politics McDermid penned her first series with lesbian journo Lindsey Gordon. She set out to follow the devices of the traditional detective story, yet also to speak to contemporary readers about the individual and society. The next series with Kate Brannigan was invested with more feeling for place and the lives of folk in Northern cities. They served to hone her craft of developing several plot lines, believable characters and devising a satisfying resolution.

Inspired by the transformation of the modern crime novel with its societal examination and psychological dimensions, spear-headed by her mentor, Ruth Rendell, Val turned her attention to the police procedural format with a profiler Dr Tony Hill and DCI Carol Jordan. These novels, now extending to ten books, allow the author to devise both complex plots and characters that engage the reader. The dark themes are cleverly handled with other elements; the suspense and pacing of storylines are some of the most poignant in recent fiction. Like Rendell, McDermid felt the desire to form other ways of telling stories.

The draw of the Cold Case where the present is shown to be but a continuance of the past became another strand – allied of course to her knowledge of forensic science. The well-named debut novel for DCI Karen Pirie The Distant Echo and the later series with her as head of the historic cases unit demonstrates another side the 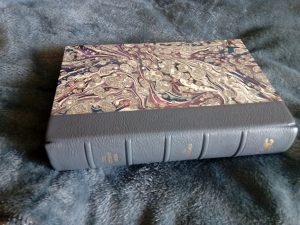 of Scottish writer’s burgeoning talent. Pirie is intelligent, strong-willed and dogged in finding connections (often that others cannot see). Significantly, the storylines are involving, highly topical with the mystery of what happened years ago linked to some big themes – from war crimes to the plight of Syrian refugees. These historic cases are sometimes strangely cathartic – bringing repressed concerns and emotions to the surface – offering perhaps some peace in troubling times”.

Issued in Spring 2019 with the original dust jacket. A sought-after collectable. 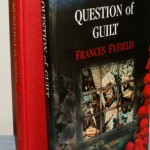 Frances Fyfield, A Question of Guilt £10.00 Add to cart 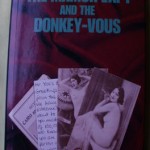 Michael Pearce, The Mamur Zapt and the Donkey-Vous £40.00 Add to cart