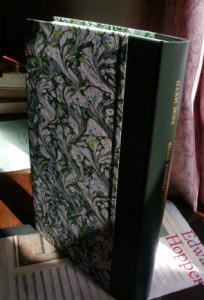 Ruth Rendell will always be treasured for her outstanding contribution to crime fiction. It is not always recognised that her writing pushed the boundaries of crime further and she inspired many to follow her into crime writing, such the late Michael Dibden and Val McDermid. This is a much loved Inspector Reg Wexford story and our signed edition contains an appreciation by the late creator of “Rumpole of the Bailey”, Sir John Mortimer.

Ruth Rendell began her esteemed Wexford police procedural series with From Doon to Death (1964). Her output has been prolific, high quality and its subject matter increasingly exposed important social concerns. Ruth kept her work fresh by alternating between Wexford and the Kingsmarkham setting, and the blacker urban psychological thrillers, and from the 80s her deeper more expansive, Barbara Vine novels. The Inspector Wexford books were however, her first work rooted in the classical detective story.

“The interplay between the central character, Wexford – senior in years and rank, pragmatic, yet imaginative – and (Mike) Burden -straight-laced and somewhat inflexible – is an important attraction of these works. Their acerbic comradeship, both personally and professionally fulfilling, brings each man vividly to life, and their relationships with their families supply wide ranging complications and subplots.” [Twentieth Century Crime & Mystery Writers, third edition].

Harm Done (1999) interweaves several related contemporary social themes–missing children, the return to the neighbourhood of a convicted child molester and the reaction of residents, spousal abuse–along with several lesser mysteries and one larger, more serious one.

The esteemed crime writer and novelist Sir John Mortimer had long been a Ruth Rendell fan and he gives a tender appreciation of her skills as a novelist. He is remembered as the creator of the “Rumpole of the Bailey” television and radio series. 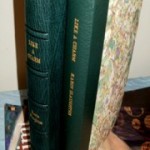