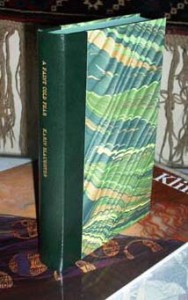 The author of the Grant County, forensics mystery series Karin Slaughter quickly established her reputation as one of the strongest crime writers in the area of visceral description of violent murder and police detection. This partly due to her interest in what provokes the violence, and her talent for making each story develop a group of central protagonists whose skills as well as personal demons are brought out. She has since this novel was published brought out other, but related series. Val McDermid was the obvious choice for our the appreciation.

Posted in Psychological, Suspense, US Hardboiled, Women on the Case.
Tagged as Karin Slaughter, Val McDermid. 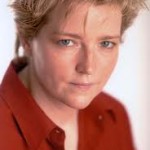 Karin Slaughter is an interesting modern crime novelist. She placed herself in the slip-stream of the niche that comprised fans of strong female private eye characters (Sue Grafton’s Kinsey Malone) or pathologist heroines (Patricia Cornwell’s Kay Scarpetta); and added the perhaps starker more chilling material that overlapped with the horror genre, found say in the work of Thomas Harris, David Lindsey and others. Her work quickly received attention,for she had a quality that and gave rise to an ever expanding number of readers. Additionally, we should note that the best, most valued writers tend to raise awkward questions about why horrible events happened. This is what Karin Slaughter attempts to do, and this is why she is on the top shelf of modern crime writers.

Karin Slaughter’s began her Grant County novels with Blindsighted (2001). It introduced police chief Jeffrey Tolliver and medical examiner Sara Linton. They work as a duo, and they are particularly well drawn. Each story develops these characters whose skills as well as personal demons are brought out. After five Grant County novels she introduced a new series with special agent Will Trent.

Plotline: An apparent student suicide has brought medical examiner Sara Linton to the local college campus, along with her ex-husband, police chief Jeffrey Tolliver. But a horribly mutilated corpse yields up few answers. And a suspicious rash of subsequent “suicides” suggests that a different kind of terror is stalking the youth of Heartsdale, Georgia – a nightmare that is coming to prey on Sara Linton’s loved ones. A small town is being transformed into a killing ground. And the key to a sadistic murderer’s motive and identity may be held in the unsteady hands of a campus security guard – a former police detective driven from the force by the hellish memories that will never leave her. Lena Adams survived the unthinkable and has paid a devastating price. Now the survival of future victims may depend upon her … when she can barely protect herself.

A Faint Cold Fear (2003) was issued in an edition of 80 numbered and signed copies, and a small number for presentation purposes. It contains a wonderfully perceptive appreciation by Val McDermid. See also the anthology edited by Karin Slaughter, Like A Charm which contains stories by other kindred spirits such as Mark Billingham, Lee Child, Laura Lippman and Lydna La Plante. Karin is an author to follow. See blog on women and crime fiction. 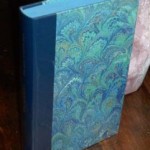