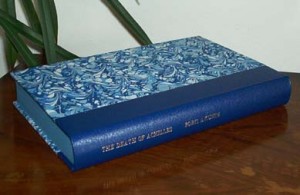 Under the pseudonym Boris Akunin this Russian crime writer has become an international best seller. He is particularly known for his clever period whodunnit’s featuring the young detective Erast Fandorin. One of only 80 numbered and signed copies in a special binding with an appreciation by H R F Keating

s become an international bestseller with his clever, Erast Fandorin detective novels. Several of the books have been made into big budget films in Russia and an English version of the The Winter Queen is due for release in 2012. He describes a romantic period before the Russian Revolution when the middle class was inclined to look to the West for ideas and inspiration. And although the historical narrative is diverting, Akunin’s play on the conventions of the genre is really the reason he pulls in crime fans. You will find Erasto Fandorin resembles Holmes, or is it James Bond in this playful series – but the truth is that these lovely stories are well beyond pastiche.

In 1882, after six years of foreign travel and adventure, renowned diplomat and detective Erast Fandorin returns to Moscow in the heart of Mother Russia. His Moscow homecoming is anything but peaceful. In the hotel where he and his loyal if impertinent manservant Masa are staying, Fandorin’s old war-hero friend General Michel Sobolev (“Achilles” to the crowd) has been found dead, felled in his armchair by an apparent heart attack. But Fandorin suspects an unnatura

l cause. His suspicions lead him to the boudoir of the beautiful singer – “not exactly a courtesan” – known as Wanda. Apparently, in Wanda’s bed, the general secretly breathed his last. . . .

The prince of the Sherlockians, award winning writer and critic, H R F Keating produced a nice appreciation for this volume. 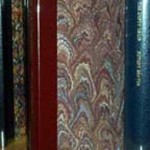 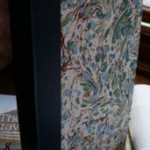