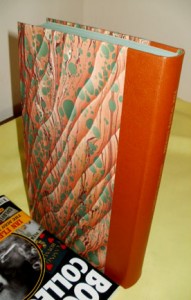 The Kurt Wallander police detective stories by Henning Mankell is one of the most liked series of recent years. Wallander is the detective with heart and soul. The character of Wallander has a special quality, at work he has the bit between his teeth and wont let go. Then we become acquainted with his personal problems – his health condition is almost a metaphor for the state of modern Sweden. This Scorpion edition contains a lovely appreciation by psychological suspense writer Minette Walters.

Some of the most trenchant social reality novels have come from the Swede Henning Mankell. The deserved winner of the CWA Gold Dagger with Sidetracked, it was a turning-point in the reception of Scandinavian crime with both readers and publishers in the Anglo-Saxon world.  As a consequence a good deal more European crime fiction was translated into English. Inevitably, “Wallander is one of the great creations of modern crime fiction” said Barry Forshaw, and further “overweight, diabetes-ridden and with all the problems of modern society leaving scars on his soul”. He made it to the TV screens with Kenneth Branagh in the lead; but not before the books had been highly successful in a home-grown Swedish series. Mankell is married to Eva Bergman, daughter of legendary Swedish film maker Ingmar Bergman.

Plotline:The young real estate agent Louise Akerblom is brutally murdered in an isolated farm in Escania in the spring of 1992. It is a difficult case for the police since there is no apparent motive, and everything seems to indicate that the girl saw something that she should not have seen. Kurt Wallander must leave aside his personal problems (loneliness, lack of communication with his adolescent daughter, the mood swings of his elderly father) and try to fit together the pieces o

f the puzzle. In South Africa, meanwhile, an extreme right organization has decided to end the anti-apartheid process and plans to kill a political leader to bring chaos to the country. They will hire a killer that, with the help of an old KGB member, begins to prepare the attack in Sweden, very close to Wallander’s home.

The White Lioness was issued in 2003 in a run of 90 signed and numbered copies in a special binding. It was a delight to have

Minette Walters accept our invitation to write the appreciation of the author. Minette was impressed with Henning Mankell as a person – for his humanitarian work and for remarkable achievement of making a difference in the world. At the end of the 1990s his crime novels began to take off in the United Kingdom and through winning the CWA Gold Dagger in 2001 with Sidetracked he brought ‘crime in a cold climate’ to the forefront. 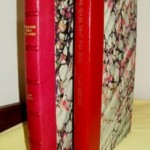 Colin Dexter, The Jewel that was Ours £40.00 Out of Stock