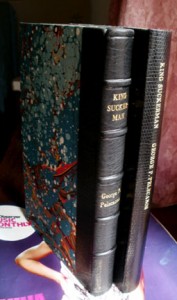 George Pelecanos is an American crime writer with tough heroes. He excels at depicting the sticky urban landscape of Washington D.C., and is now in the front rank.

James Sallis remarks in his appreciation to this volume that George Pelecanos is among the finest ten or twelve novelists working in the US today. Pelecanos is a rare thing – a unique writer that works as a crime writer. He writes books that push against the conventions of the genre; that describe the alienation of the urban landscape with an intense alacrity; he uses the private eye form to expose racial issues, and then if that is not enough he dissembles the socio-ethnic concerns of decades in his books. King Suckerman is part of the D.C. Quartet, a group of books that transformed him from a little known, but critically acclaimed crime writer to a seminal writer of a string of hard-hitting noir novels.

Plotline from the author’s website: “The time is 1976. Captain Beefheart’s on the eight-track. The hot new superfly flick King Suckerman is coming to neighbourhood theatres. And Washington, D.C., is a hotbed of drugs and racial tension—an easy place to turn a wrong corner and land in a whole lot of trouble.
That’s what happens to Marcus Clay and Dimitri Karras when they cross paths with an ex-con and his gang of natural born killers. Walking into a drug deal gone south, Clay and Karras end up with a pile of money that isn’t theirs…the sexy teenage girlfriend of the Italian dealer … and major trouble. The ex-con is soon spilling blood to get to the cash. The dealer is scheming to get his girl back. And two knockaround guys named Clay and Karras are reaching a pivotal moment – the time to take a stand, go straight, and get justice. Or maybe just sweet revenge.
In this sizzling thriller, George Pelecanos writes with a firecracker in his prose, shooting sparks on every page and earning his place among the stars of crime fiction”.

Jim Sallis, critic, biographer and noted crime writer, provides insights into Pelecanos the author in his appreciation. King Suckerman was issued in an ordinary edition of 85 numbered and signed copies, and a further 15 deluxe lettered were produced for private distribution. 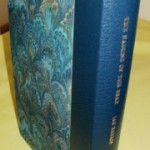