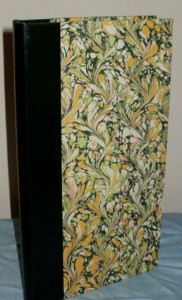 Historical mystery set in the dying days of the Indian Raj featuring policeman Joe Sandilands. Former school teacher Barbara Cleverly is a strong readership for the whodunnit in this interesting setting. One of only 80 numbered and signed copies in a special binding with an appreciation by former Detection Club president and fondly remembered critic and writer H R F Keating.

Barbara Cleverly, a retired schoolteacher won the Crime Writers’ Association Début Dagger with The Last Kashmiri Rose, a book that was also successful in America being listed by the New York Times as one of the best books of the year. This author come to write traditional historical mysteries from her liking of classical detection, in the shape of Ngaio Marsh etc.  But Cleverly’s policeman Joe Sandilands operates in India under the British Raj.  Many readers will remember the Raj Quartet by Paul Scott, televised in the 1980s as The Jewel in The Crown series. However, the Sandiland novels often have a contemporary take on India by exposing inequalities of status, education and the position of women. An enjoyable read and a well crafted series.

Barbara Cleverly won the Ellis Peters Award in 2007 from the Crime Writers’ association.  Former “Times” reviewer of crime and past President the Detection Club and CWA Gold Dagger win for his novel set in India (The Murder of the Maharajah) H R F Keating provides the Appreciation. 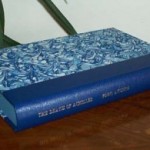