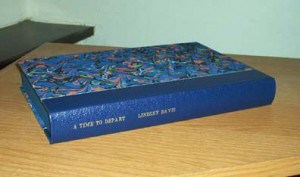 Fluid, wise-cracking Marcus Didios Falco again works for the emperor and goes to the seamy side of the city of Ancient Rome. Popular award winning author of historical mysteries (now up to 20 novels). Thoughtful and warm appreciation in this edition by Ellis Peters (creator of Cadfael). 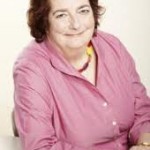 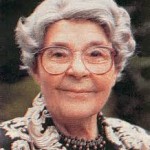 Attend a Crime Convention with Lindsey Davis as a speaker and you will hear an articulate, humorous and engaging person that wears her knowledge of crime fiction modestly. She holds an audience – and its much the same with her readers. She has produced a long-running historical mystery series featuring Falco and his girl friend Helena Justina. When Lindsey Davis published her first novel the ground for historical mysteries was occupied by the Sherlock Holmes pastiches, the Brother Cadfael stories and the Victorian whodunnits of Anne Perry and Peter Lovesey. The frisson of excitement that came with the literary force of Umberto Eco’s The Name of the Rose (1980) injected new interest and life into the sub-genre. This was made into a memorable film with Sean Connery, and the popular television adaptation of Robert Graves’s I, Claudius brought the machinations of the Emperors to a wide audience. In historical crime the narrator figure could be an investigator and the setting of Rome was the epicentre of international power.

Beginning with The Silver Pigs (1989) Lindsey Davis has published 20 Marcus Didios Falco books to date. A freeborn but hardly wealthy individual he has to earn a living by taking on clients. The novels are cleverly plotted, colourful and humorous. Although the Roman Empire is at peace some nasty goings on are always to be found in Davis novel; and through the mouthpiece of Falco plenty of wise-cracks are made, often at the expense of the idle rich. She once remarked that she set out to make Rome like Raymond Chandler’s LA. Many readers will agree, but of course she also has the outlying territories and provinces to colour her stories, and all that goes with them. Lindsey has a strong fan base and this is partly due to her interest and attention to her readers.

Brief Plotline: Falco’s closest friend, Petronius Longus, has finally caught one of the leading criminals in Rome, Balbinus Pius. But a quirk in Roman law allows a convicted felon, even a murderer, time to depart before the sentence is carried out. Balbinus’ departure has left a vacuum in the underworld of Rome, and there is a crowd of criminals trying desperately to fill the void. Their first step is to engineer a robbery that reverberates throughout the city. Falco is again called upon by the Emperor Vespasian to supply answers, as quietly and quickly as possible. A couple of murders, a kidnapping or two, and more suspects than Falco cares to count takes him, and his girlfriend Helena Justina, to places a family shouldn’t have to go. Ellis Peters, a fan of Lindsey’s novels, agreed to write the appreciation for this edition. A Time to Depart (1995) was issued in an edition of 99 copies with a further 20 deluxe for private distribution. Her other Falco novel, A Dying Light in Corduba is available. 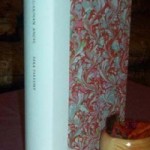