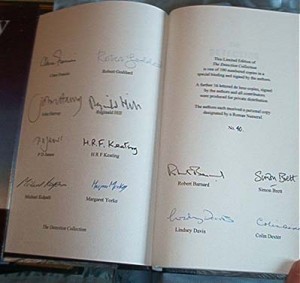 A special anthology by the Detection Club with classic authors to celebrate 75 years since it was founded by Christie. One of only 100 numbered and signed copies in a special binding with a tribute to the Detection Club exclusive to this edition by Russian mystery writer Boris Akunin & Michael Johnson of Scorpion Press. A special volume with 12 signatures.

Also included is an interesting History of the Detection Club by the current chairman Simon Brett, and a tribute to the Detection Club exclusive to this edition by Russian mystery writer Boris Akunin & Michael Johnson of Scorpion Press. This tribute essay is 6 pages in length and notes that the original members and presidents were ‘men of letters’, producing detective fiction as a pastime to the main concern of literature. All the presidents are discussed in turn from G K Chesterton to Simon Brett and how the scope of the detective form has changed and been extended. The different cousins of the tradition – the puzzle book and the adventure story – are considered and how they became reunited in the work of Dick Francis. A fascinating and well written piece that gives an overview of the evolution of the genre.

Published in 2005 in an edition of 100 numbered and signed copies (12 author signatures) and 16 deluxe lettered (signed additionally by the authors of the tribute essay Akunin and Johnson). The ordinary numbered had a black leather binding with a silver-grey marbled paper cover over boards, black endpapers and black coloured top edge. Complete with silver  blocking to spine. The deluxe state was enhanced with five raised bands and silver plating to the top edge of the pages. A most handsome volume. 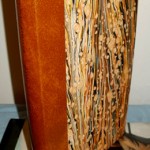 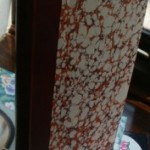