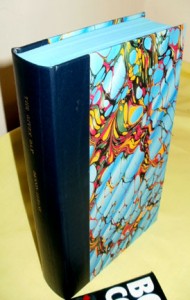 Dennis Lehane’s previous thrillers “Mystic River” (2001) and “Shutter Island” (2003) were best-sellers and much talked about books. “The Given Day” (2008) is an exploration of a rich cast of characters involved in stressed situations in Boston at the end of the First World War. It was a time of upheaval and calamity, and what Lehane does is take us inside his fictional world. The famous baseball player Babe Ruth features in this memorable story. Compared to E L Doctorow for its literary play with real historical figures it is Lehane’s most mature novel. Lee Child does a brilliant job is setting out for us Dennis Lehane’s journey as a writer in his appreciation. He asks the worrying question has Dennis left crime writing behind?

Boston-area author Dennis Lehane, made a name for himself with a series of books featuring private detectives Patrick Kenzie and Angie Gennaro and tough-guy best friend Bubba. From A Drink Before the War (1994) to say Prayers for Rain (1999) showed that Lehane was a master of the form of psychological suspense. Then with his departure suspense thriller Mystic River (2001) we have a tale about childhood friends Sean, Jimmy and Dave that have there lives turned upside down by a event on the street. Twenty-five years later, Sean is a detective, while Jimmy has taken to crime. Jimmy’s daughter is found savagely killed and Sean is assigned the case. Sean must go back to find the answers in relationships that he thought had ended years ago. The ambition that brought this configuration of law and order story together with a sharp character and social mileniu study is an intriguing and explosive mix. It contains, as does the succeeding books such as Shutter Island a number of sub-plots that enrich and give backbone to the work.

Plotline: Set in Boston at the end of the First World War, New York Times bestselling author Dennis Lehane’s long-awaited eighth novel unflinchingly captures the political and social unrest of a nation caught at the crossroads between past and future. Filled with a cast of unforgettable characters more richly drawn than any Lehane has ever created, The Given Day tells the story of two families–one black, one white–swept up in a maelstrom of revolutionaries and anarchists, immigrants and ward bosses, Brahmins and ordinary citizens, all engaged in a battle for survival and power. Beat cop Danny Coughlin, the son of one of the city’s most beloved and powerful police captains, joins a burgeoning union movement and the hunt for violent radicals. Luther Laurence, on the run after a deadly confrontation with a crime boss in Tulsa, works for the Coughlin family and tries desperately to find his way home to his pregnant wife. Here, too, are some of the most influential figures of the era–Babe Ruth; Eugene O’Neill; leftist activist Jack Reed; NAACP founder W. E. B. DuBois; Mitchell Palmer, Woodrow Wilson’s ruthless Red-chasing attorney general; cunning Massachusetts governor Calvin Coolidge; and an ambitious young Department of Justice lawyer named John Hoover. Coursing through some of the pivotal events of the time–including the Spanish Influenza pandemic–and culminating in the Boston Police Strike of 1919, The Given Day explores the crippling violence and irrepressible exuberance of a country at war with, and in the thrall of, itself. As Danny, Luther, and those around them struggle to define themselves in increasingly turbulent times, they gradually find family in one another and, together, ride a rising storm of hardship, deprivation, and hope that will change all their lives.

The Given Day (2008) is an historical novel with crime and justice themes – a police strike, riots, race problems, hardship and ambitious politicians, and the layer of bureaucracy that began to spawn corruption. If you like good crime books and good literature this is for you. Lee Child does a brilliant job is setting out for us Dennis Lehane’s journey as a writer in his appreciation. He asks the worrying question has Dennis left crime writing behind?

3 reviews for Dennis Lehane, The Given Day + Lee Child intro 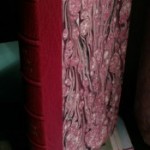 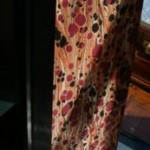