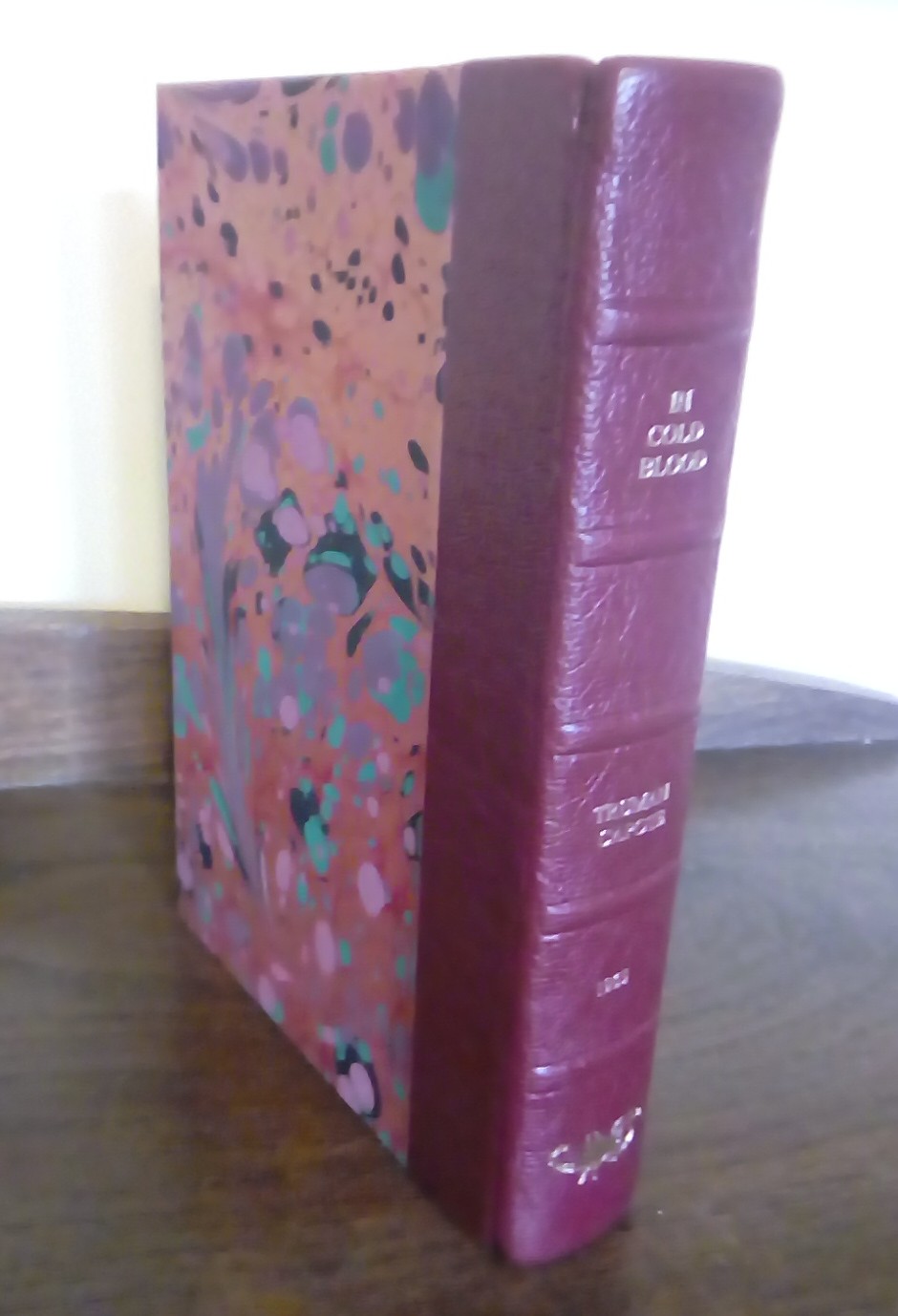 Truman Capote, In Cold Blood – 1/13 lettered rebinding in leather with hand made marbled sides, two page introduction about the book and films. Photo of Hoffman as Capote.

Truman Capote, In Cold Blood – 1/13 lettered rebinding in leather with hand made marbled sides, two page introduction about the book and films. Photo of Hoffman as Capote. 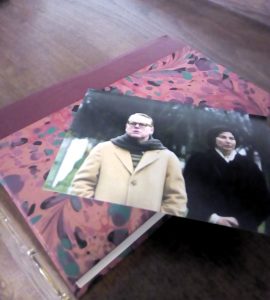 Recently, critics and social commentators have revived an interest in Truman Capote’s In Cold Blood. They point to his place as a unique instigator of the wealth of ‘true-to-life’ crime books, films and TV shows that now dominate our reading and viewing habits. The almost- documentary style that Capote employed in his seminal work has become a standard by which so many other works of this genre are measured. It was not only Capote’s ability to piece together details and his clever narrative construct ion that established this benchmark, but also his profound understanding of the potential for good and evil in humanity. It is perhaps true to say that this ‘perfect literary storm’ set a standard by which all future works of this nature would be judged. Capote’s ability to grip the reader and thus evoke deep and haunting emotions has deservedly warranted his statute as one of America’s most influential writers.

In late 1959 a newspaper article outlining the brutal shotgun slaying of a farmer, his wife and two children in Holcomb, Kansas struck Capote, then a writer for The New Yorker. The Clutter family had been found bound and murdered. Setting off almost immediately for Kansas with a view to penning a magazine article about the killings, Capote took with him his ‘researcher and bodyguard’ Harper Lee (author of To Kill A Mockingbird). So began one of the most fascinating journeys in literary history. Capote’s story originally appeared as serialised articles in The New Yorker, and was subsequently released as a ‘non-fiction novel’ in 1965. The terrifying inevitability of the murders plays out, of course, but – more than that – it was the way in which Capote drew all the inhabitants and lawman of Holcomb into the telling, the way he made us understand their fears and their thirst for justice, the almost-forensic examination of the killers’ personalities, that made this book a world-revered classic.

The impact of In Cold Blood was immense and unprecedented, not just in the community of Holcomb itself, but throughout the entirety of the United States. The sense of post war security was shattered. This could have been any town, any state, any such upstanding American family. Capote’s work brought home to the world that there was a dark and terrible shadow that haunted America.

Three years after the book’s publication, a film adaptation was released. More recently, Philip Seymour Hoffman deservedly won the Oscar for Best actor in Capote (2005). That film, perhaps more than any other, gives us an insight into what Capote himself experienced and suffered as a result of his research. 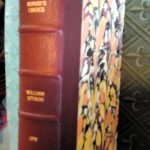 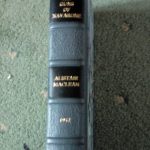