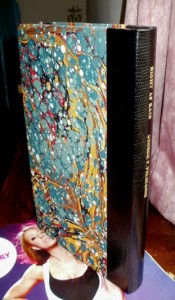 George Pelecanos is an American crime writer with tough heroes. He excels at depicting the sticky urban landscape of Washington D.C., and is now in the front rank.

nnis Lehane and other notables such as James Sallis have remarked that George Pelecanos is among the finest ten or twelve novelists working in the US today. Pelecanos is a rare thing – a unique writer that works as a crime writer. He writes books that push against the conventions of the genre; that describe the alienation of the urban landscape with an intense alacrity; he uses the private eye form to expose racial issues, and then if that is not enough he dissembles the socio-ethnic concerns of decades in his books. Right as Rain is the first in the series with two former cops – black funk-loving private eye Derek Strange (and his dog) and white Irish sometime colleague Terry Quinn, a Western used bookstore assistant. They are tarnished heroes that throw a light on the interests of the author, and of course, on the rough and tumble of life in the ghetto. It follows the D.C. Quartet, a group of books that transformed Pelecanos from a little known, but critically acclaimed crime writer to a seminal writer of a string of hard-hitting noir novels.

Plotline from the author’s website: Derek Strange is black and successful. Terry Quinn is white and barely holding on. Now Strange has been hired to investigate a police shooting in which Quinn played a major role. For Strange, a savvy and careful man, the investigation goes against his style and instinct. For Terry Quinn, Strange’s questions are a chance to absolve his conscience and shake out a little truth. But in a city that lives in the shadow of a nation’s dream, neither man can foresee the dirty little war that will break out around them … or how deadly being right can be.

Dennis Lehane, a leading figure in the rebirth of American noir as a contributing force to the best in fiction provides a nice tribute in his appreciation. Right as Rain was issued in an ordinary edition of 99 numbered and signed copies, and a further 15 deluxe lettered were produced for private distribution. Only a few ordinary copies are available.