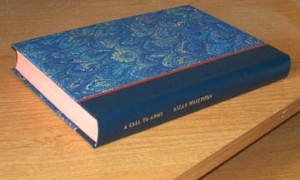 Allan Mallinson, A Call to Arms

Allan Mallinson was a career army officer, but while serving as Military Attaché in Rome he began to write the enthralling Matthew Hervey series. This is Hervey 4. An author liked by fans of Patrick O’Brien and Bernard Cornwell.

Following a distinguished career in the British Army Allan Mallinson became a highly regarded novelist of historical military adventures. His series is about a cavalry officer whose displays a mixture of courage and kindness, has a talent for friendship (read tact and diplomacy) and a military instinct that is second to none. His soldiery is in the distant posts of Empire (from the 1820 on) in Canada, South Africa and the out-flung bases.  Mallinson is more cerebral than Cornwell with references to classical literature and could be seen as a heir to Patrick O’Brian (who has given positive comments). Certainly many enjoy the background details, the horsemanship and the sails. He is read for the authentic backstory and the narrative energy keeps readers coming back for more. Good stuff.

1817 and 1818 have not been good years for Matthew Hervey. His beloved wife Henrietta is dead and he is no longer in the Sixth regiment. Now he is kicking his heels in a corrupt and unruly England far removed from its once glorious past. 1819 sees Hervey in Rome with his sister Elizabeth where a chance meeting with man of letters Percy Bysshe Shelley leads him to rethink his future. Realizing just how much he misses the excitement of military action and the camaraderie of his regiment, Hervey hurriedly purchases a new commission and is refitted for the uniform of the 6th Light Dragoons. Herveys most immediate task is to raise a new troop and to organize transport, for his men and horses are to set sail for India with immediate effect.

What Hervey and his greenhorn soldiers cannot know is that in India they will face one of their toughest trials. A large number of Burmese warboats are being assembled near the headwaters of the river leading to Chittagong, and the only way to thwart their advance involves an arduous and hazardous march through jungle territory. What begins as a relatively simple operation becomes a journey into the heart of darkness, as Hervey and his troop find themselves in the midst of hot and bloody action once more.

Fans of British historical adventures and author of a naval history text, and of course many brilliant espionage novels, Anthony Price did an erudite appreciation. This is the fourth Hervey adventure, produced in a signed and numbered edition of 85 numbered copies in 2002. The Matthew Hervey now extends to twelve novels (as at 2012).

1 review for Allan Mallinson, A Call to Arms 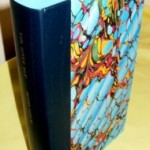 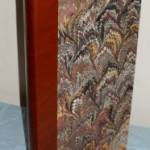