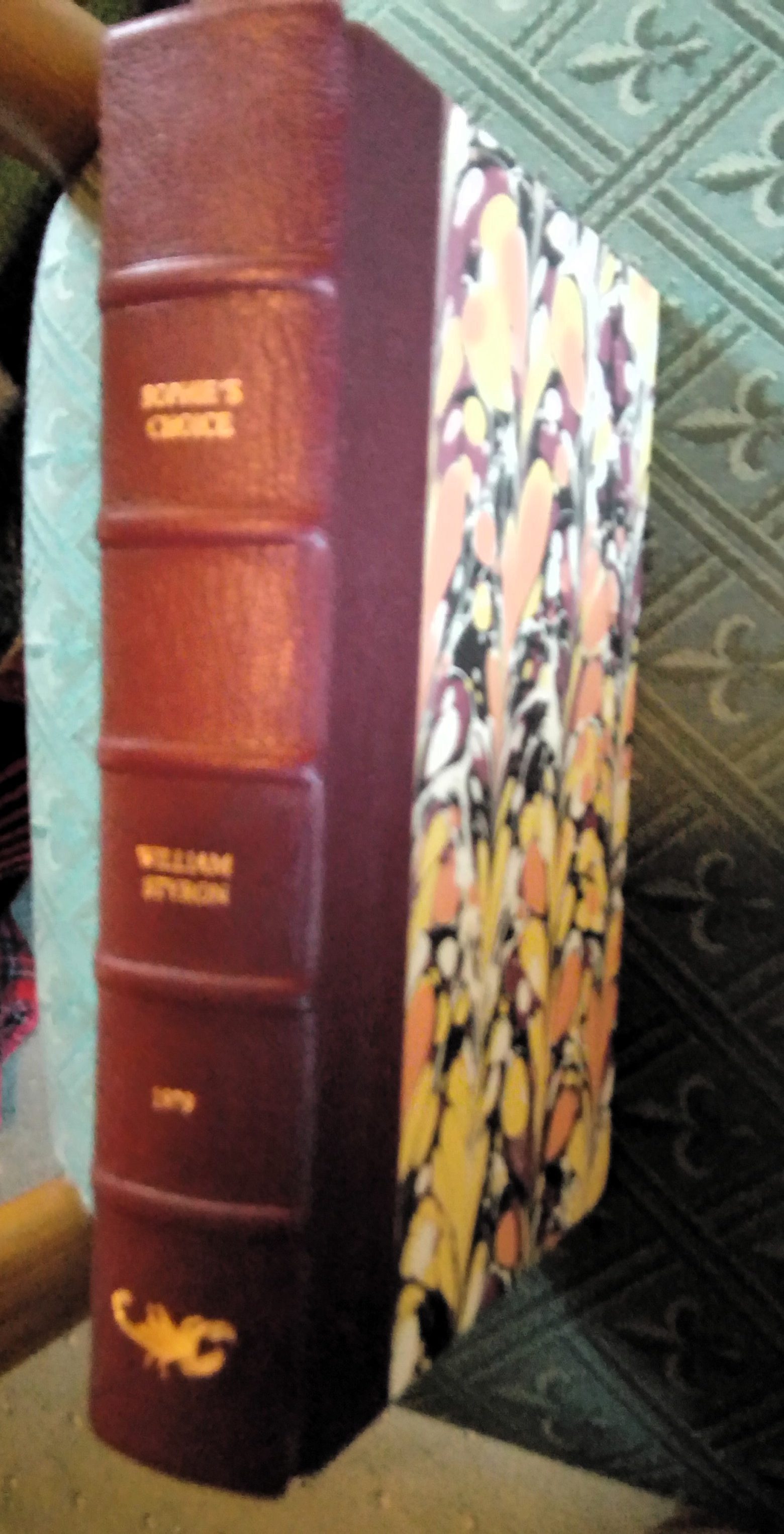 William Stryon’s last novel, rendered into a moving and enduring classic film with Meryl Streep in the lead role is rebound in a run of 12 lettered copies. Facsimile autograph’s of the late author and the famous actor. An American classic. 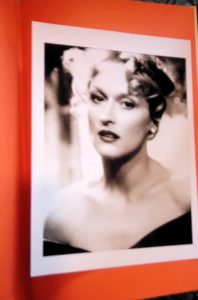 William Styron (1925-2006) was a one of the new American writers of the second half of the twentieth century. His outlook was derived from his predecessors, such as Faulkner, but he differed in not looking back at events which shaped character; he was influenced more by modern psychology and the discovery of the self in social theory – his characters combine an inner and an outer reality. They are not presented as being trapped by guilt or social responsibility. Each of his four full-length novels is carefully thought out taking many years to come to fruition. His work sparked fierce controversy, especially when he a white man, wrote about the struggle of an historical black slave revolt In The Confessions of Nat Turner (1967). But despite this the book won the Pulitzer Prize for fiction in 1968. All his books are admired by critics, other esteemed writers and the reading public.

The novels are rich with poetic description and allegories from the classics and scripture, yet it is the characters’ personalities and lives that drive the stories. Styron’s favoured approach is to construct his narrative around three distinct main voices. Firstly, the person of action or rebel – for rebelling against the norms of accepted behaviour aids self-belief and to find the true self. The second voice is the observer or narrator. The third person is the most fearful: they are an incarnation or representation of the soul-deadening values of the social system. Through key episodes the story unfolds, with the wrestling of the main characters’ inner and outer realities, often through flashbacks and more intense reflections on turning points, deciding who or what they have become. The final revelation brings the three voices together.

In Sophie’s Choice, Styron’s last and perhaps greatest novel, Sophie Zawistowska is the beautiful immigrant whose double friendship and dark background reveal her as the rebel figure. She survived the horrors of war and must choose between her Jewish lover, the mentally unstable Nathan and the young admirer, Stingo, an aspiring novelist who narrates the novel. The scenes are powerfully intense and are enhanced with the back-story of Sophie’s arrest by the Nazis, and although not a Jew she is placed in a concentration camp for giving them food. Intimate moments with her lovers are laced with her recollections of sexual subservience in the camp. One identity is layered on another – reality and assumed multiple identities or choices – collide. The book received outstanding acclaim and in 1982 was made into an important movie for which Meryl Streep received the Best Actress Academy Award. She learned to speak in Polish and German to lend her role authenticity. The portrayal is a marvelous one of the multi-dimensional character – vivacious in one scene, scolding in another and heart-broken in so many ways. Her torment is real. 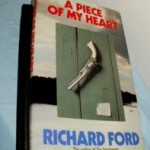 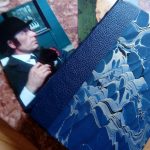