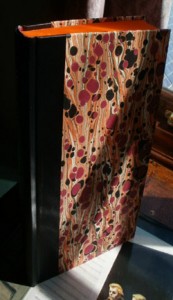 Walter Mosley has long been regarded as a major member of the black literary community. He has written dozen Easy Rawlins mysteries and his latest creation, Leonid McGill has been hailed as a classic of contemporary noir. A key figure in the evolution of the modern post 90s detective novel. This is a rare signed limited edition. 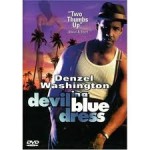 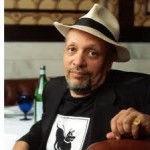 Walter Mosley‘s first crime novel, Devil in a Blue Dress was immediately acclaimed as an important début. It was nominated for an Edgar and went on to win the Shamus Award and the Crime Writers’ Association John Creasey Award. Mosley set his series of Easy Rawlins detective novels in the seamy side of Los Angeles – the place where riots broke out, racism was a daily occurrence and life was tough. Rawlins aspires to be a man with his own property and a good job, but is constantly undermined by social forces. He is at the centre of the divide between white and black, middle-class and blue collar values and the alternative underground world beyond the law. The simple tropes of the detective novel are not the focus, but an ever wider scope of issues that examine hypocrisy, authority and the social order – sometimes with different viewpoints.

One might argue that Mosley is in the Black American tradition of Chester Himes, with a literary nod to James Baldwin; the black heroes in Ragtime ( E L Doctorow) and A House for Mr Biswas (V S Naipaul) may also have an influence. Certainly, social satire and comic takes are to be found and relished. But this is crime fiction, and US crime at that – a space where violence as well as misfortune are present. Together with James Ellroy, George Pelecanos and perhaps in a different way, James Lee Burke, Mosley contributed to the contemporary noir genre and some would say set his own agenda.

This is the second NY PI Leonid McGill mystery, an unusual hero of our times. To quote the author’s website synopsis: “Leonid McGill has been hired by New York City’s ultimate power broker, Alfonse Rinaldo, the fixer who seems to control every little thing that happens in New York City, has a problem that even he can’t fix. What Rinaldo can’t handle on his own, Leonid doesn’t really want to know. But he’s a client you can’t say no to, and so McGill sets off to track down a a young woman for reasons no one will explain to him. Everyone’s motives are murky in McGill’s world; that, he’s used to. What he’s not quite accustomed to is his own recent commitment to the straight and narrow, a path that still seems to lead him directly to the city’s crookedest corners and down its darkest alleys, where his most unsavoury acquaintances become his most cherished allies. In Known to Evil, Mosley shows us New York City as we’ve never seen it before, emphatically confirming his own reputation and firmly establishing Leonid McGill as one of the mystery world’s most iconic, charismatic leading men”.

Gary Phillips, another black mystery writer was asked to do the appreciation to this edition of 66 numbered and signed copies in a special binding. 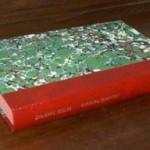 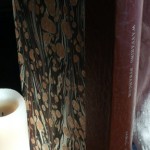