Robert Crais, a West-Coast screenwriter on Hill Street Blues, Cagney & Lacey and Miami Vice became a published crime writer in the late 1980s. But it was with this superb novel, LA Requiem (1999) that Crais became a big-league player. It was a book that was a homage to the old detective story and yet moved it on to another level.

Robert Crais made the transition from jobbing writer on the best police television series such as Hill Street Blues, Cagney & Lacey and Miami Vice to crime novelist gradually as he came to terms with the the different format. The early Cole and Pike books although notable in themselves, were tightly structured and compressed in terms of character and emotion. This changed with LA Requiem – a book that was a homage to the old detective story and yet moved it on to another level.

Plotline: Los Angeles is a city of perpetual reinvention. Inviting, with a promise of infinite hope, it can also be a glittering landscape of debilitating isolation. The city’s lost souls take comfort in its promise – the notion that tomorrow could be the day to start all over again, to transform oneself into someone else. Someone more powerful, more beautiful, more daring. This is the novel that created a new direction for both L.A. detective Elvis Cole and his partner Joe Pike. It explores the metamorphosis of a disenfranchised loner from victim to executioner, and deeply involves the reader in the lives of the men and women charged with guarding the City of Angels.

LA Requiem meant a lot to Crais, and so when we asked him who he would like to write an appreciation for our edition he had no hesitation in saying he wanted Tami Hoag. Tami started had started as a romantic novelist, then moved to suspense thrillers finding almost unparalleled success with a reel of best-sellers. LA Requiem was issued in an edition of 99 numbered and signed copies and 16 specially bound lettered copies. They all sold very quickly. 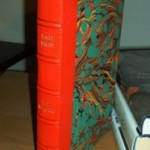 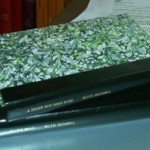