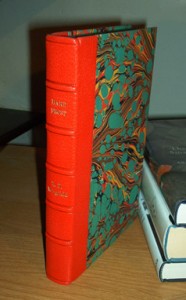 The character Detective Inspector “Jack” Frost is known many television viewers. He was created by R D Wingfield, a part-time writer of radio scripts, turned reluctant crime writer. This is the deluxe lettered, one of just 15 handsomely bound copies.

Rodney Wingfield (1928 – 2007) was a modest, but likable gent with a cheeky sense of humour. He’d had various jobs including a clerk for an oil company and decided to write radio scripts as an outlet for his comic talent. He unfortunately had a very long wait before his first Frost book was accepted in Canada. It was when the Frost books were issued in the United Kingdom (1989 and 1990) and were turned in one of the the most watched television series ‘A Touch of Frost’ (beginning in 1992 to 2009) that Wingfield became a much sought-after crime writer.

The skills that he had honed as a script writer enabled him to hold together complicated plots; his books contained off the page real characters, black humour and a knack for detail and making the trivial rather important. Jack Frost was a chain-smoking dinosaur with slightly reactionary views. He was a disaster at paperwork, and was always in trouble with his superiors, but he possessed a sixth-sense that may or may not prove right. He was terribly human.

This is the deluxe lettered edition (of 15 copies) – the ordinary numbered are long since gone. It is signed by Rodney Wingfield and Alex Keegan who wrote an appreciation. 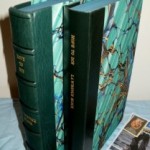 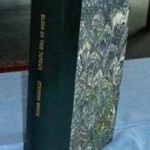