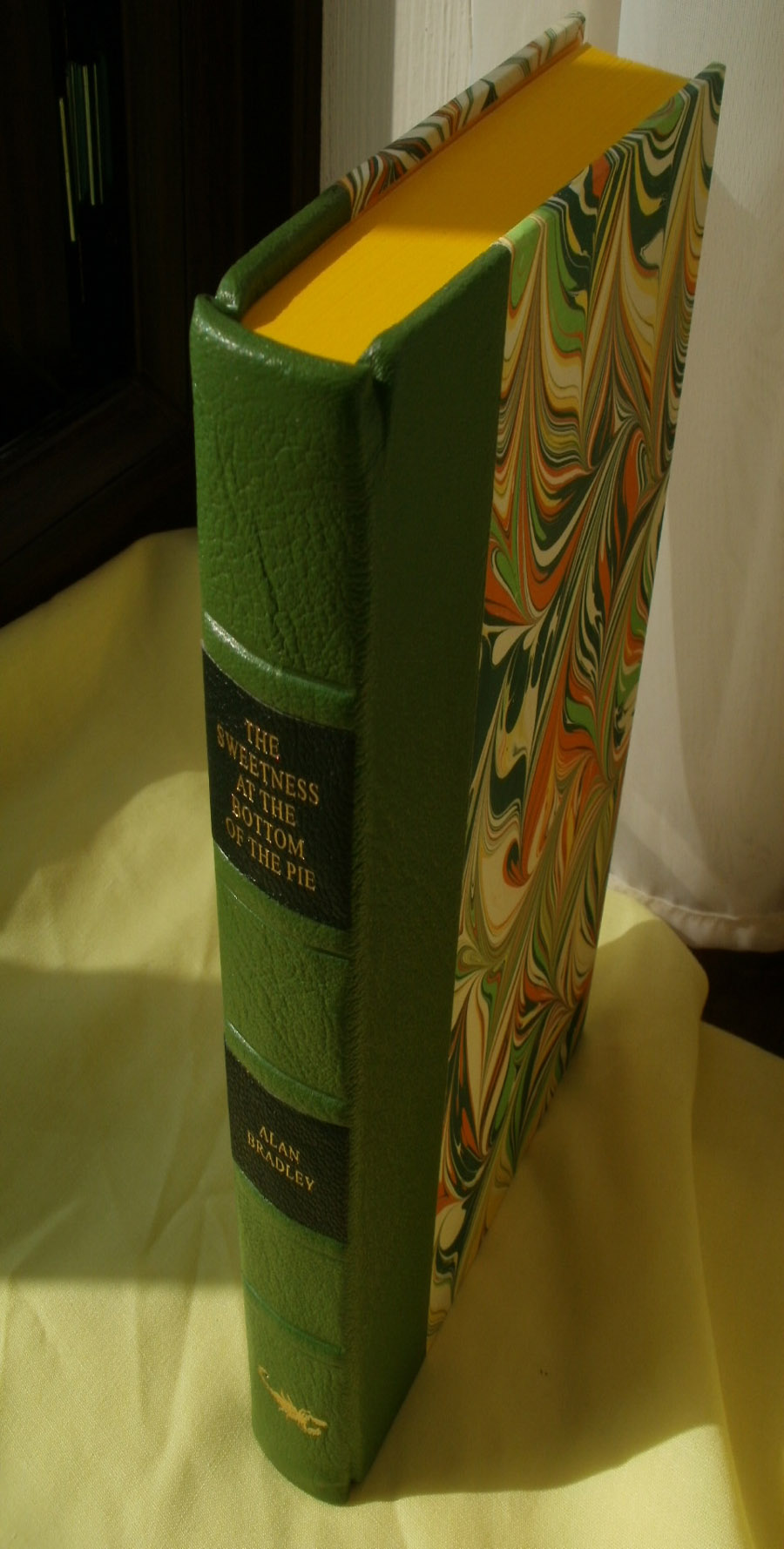 Alan Bradley, The Sweetness at the Bottom of the Pie. signed 1st ed. rebound

Alan Bradley, The Sweetness at the Bottom of the Pie, first edition/printing 2009. 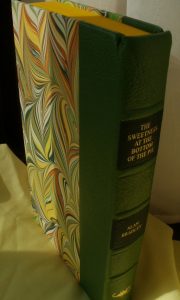 The English speaking peoples share a language and a heritage that is enshrined in its literature. Like the English translation of the Bible the best of Eng Lit is good for character building, wisdom, discernment, morality and more. One of the stems overlapping Lit and popular fiction for more than a hundred years has been Detective Fiction. It perhaps encompassed these and other British cultural values through famous investigators of human frailty based in such places as Baker Street or St Mary’s Mead. As the Colonial Empire faded and the years went by, so did this cultural influence; hardnosed realism and violence in its various forms become the predominant form – gone was the unassuming amateur detective. This bleakness began to change with a revival of the old form. Enter one of its modern re-inventors – Alan Bradley.

Alan Bradley brings an unusual sensibility to the detective novel. A Canadian by birth, he has a professional background in Eng Lit and understands its byways being by inclination attached to it’s subtlety and richness. He has written nine novels with eleven-year old Flavia de Luce, set in the post war English village of Bishop Lacy. Flavia is everything that a budding detective should be: independence of mind, full of guile in asking key 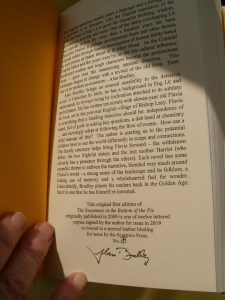 questions, a dab hand at chemistry… and seemly adept at following the flow of events. How can a child manage all this? The author is alerting us to the potential children have to see the world differently in scope and connections. The family structure helps bring Flavia forward – the withdrawn father, the two frightful sisters and the lost mother Harriet (who cleverly has a presence through the others). Each novel has some eccentric theme to enliven the narrative; a narrative blended very much around Flavia’s world – a sense of being with the landscape and its folklore, a linking use of memory and a wholehearted feel for wonder. Undoubtedly, as a stylist Bradley places his readers back in the Golden Age; but it is one that he has himself re-invented.

Be the first to review “Alan Bradley, The Sweetness at the Bottom of the Pie. signed 1st ed. rebound” Cancel reply 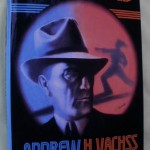 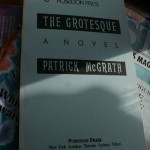